Apple and Microsoft are an indomitable battle between the two tech giants. The same goes for macOS and Windows 10. Let's put these two platforms on the scale to see which operating system really wins.

Both operating systems have clear and easy to understand setup steps. You can use both without signing in to your Apple or Microsoft account, and if you sign in, a richer experience. You won't be able to sync, virtual assistants, install apps, or other cool features without signing in.

Microsoft lets you install your voice OS using Cortana, the virtual assistant. Apple installs and updates through System Preferences instead of the Mac's App Store. Both automatically detect and install drivers for common hardware like the mouse, keyboard, and hard drive.

Both systems offer login options beyond the traditional ways. If you own a MacBook with a Touch Bar , you can easily log into your Mac using your fingerprint. Or you can sign in from your iPhone or Apple Watch if you have these devices linked together. 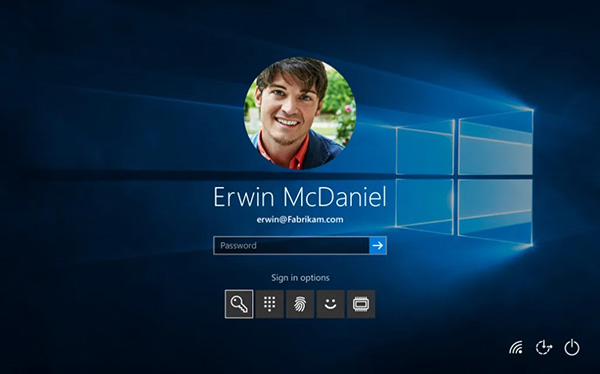 Windows 10 has a Hello feature, which allows you to log in using a number of different biometric methods. Face login is probably the coolest one, it's available on some high-end PCs and laptops, which includes Surface devices (of course). Hello Windows also supports fingerprint scanning, almost all laptops on the market today have this feature. If you don't have hardware compatible with the above features, Windows does accept PIN sign-in.

Apple offers a great selection of computer hardware, a well-designed MacBook, a 5K screen iMac, and an incredibly powerful new Mac Pro. The problem with Apple hardware is not only quite expensive, but also not as diverse as Windows computers. In addition, distinct options like HoloLens, VR suite, and Raspberry Pi can run Windows 10 as well. With internal components such as CPU , graphics card and hard drive, macOS is definitely not comparable to Windows 10. The Windows operating system allows you to configure your system any way you want and is very flexible in lifting level later.

Both operating systems come with a ton of utilities and applications pre-installed. You will have a mail browser, calendar, calculator, photo gallery and tools such as screen capture, recording, web browser, most applications including maps, cameras, news, weather and even more. Phonebook. 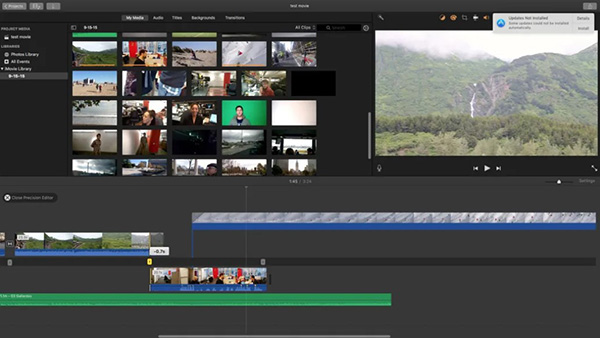 Both platforms have the time to develop rich ecosystems of software and services. Work-related applications often choose Windows as the dock, macOS is the playground for work related to artistic creation. However, you can still do a lot on your Mac and Windows can fully enhance your artwork.

Both have a high degree of compatibility for external applications

Both operating systems have their own app store, manage settings and updates, but the developers don't seem to pay much attention to this app store (App Store on Mac and App Store on iPhone are a sky a cliff).

Both operating systems allow customization of the interface, but we are not completely in control of it. Both Windows and macOS only offer options like screen change, icon size, or screen saver. Dark mode is a new feature, and both Windows 10 and macOS already support it. The Mac version seems more uniform, and Windows is in black and white on the whole system. 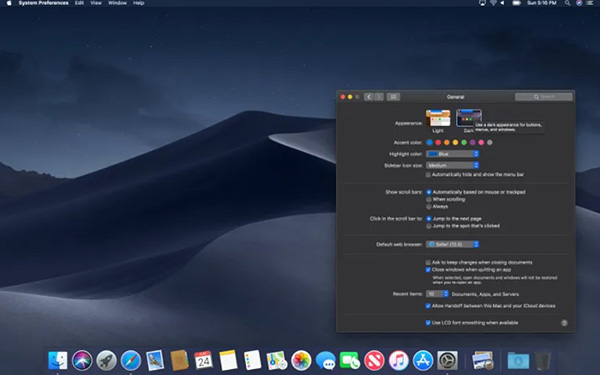 Windows 10 and macOS both have good support for external displays, though Windows needs a bit more work. With Windows, you can expand the program window across multiple monitors; in contrast to macOS, each program can appear on only one screen. If you like to customize the interface as you like, try using Linux, the operating system that allows users to customize the most freely available today.

The search box on Windows 10 is always displayed, just type it to display the results of searching files, applications or on the web. Apple has a Spotlight search feature that a lot of users prefer. It also features exactly the same as it does on Windows, only it doesn't always show up on the screen. Both search bars have the ability to do simple calculations, view weather, stocks and sports results. In addition, you can also search for places near you such as restaurants, hospitals, schools without spending too much effort.

Both operating systems for voice search (Cortana with Windows and Siri on macOS).

Apple is finally bringing some touch capabilities to macOS, but only available on the MacBook Pro, the Touch Bar. Windows 10 has always supported full-screen touch, including Tablet mode to switch back and forth.

The included pen accessory is a plus for Windows. Pen-included touchscreen displays are an extremely convenient combination for those who prefer taking manual notes.

You can enter text by voice on both operating systems.

Cortana arrived in Windows 10 a year earlier than Siri on the Mac. Both can open apps and websites, change weather notifications, change system settings, do math, search the web, etc.However, Siri cannot be completely disabled on the system.

Windows has been making great strides in integrating the operating system with mobile devices. Apps for iOS and Android let you resume activities you left off on another device. Android devices in particular are well served by Windows with the Launcher and Your Phone apps , allowing you to share documents and web pages as well as send SMS messages between devices. 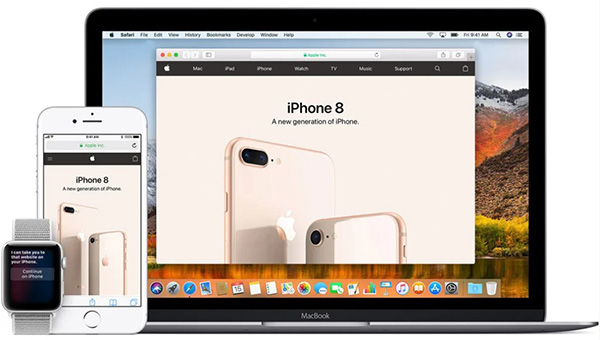 No matter how Windows tries, the current sync across between Apple devices easily defeats the Microsoft representative. macOS lets you send text messages if you're near an iPhone; share photos and documents across devices using AirDrop; FaceTime calling between devices. Apple Watch is a new device added to the ecosystem.

Both operating systems allow creation of multiple monitors. Windows has now included the screen switching feature in the Timeline feature. This will make the Task View screen cluttered, but it's extremely useful when you want to go back to a web page or find a document where you accidentally forgot where it appeared.

In recent Windows updates, File Explorer has been greatly improved. It makes it easier to find just saved files, no matter where you save them. Recent folders do the same thing in the MacOS Finder.

One macOS feature that Windows lacks is the ability to open multiple tabs in a Finder window. Finder lets you see previews in the Preview tool.

Windows includes at least two applications that allow you to enter the worlds of 3D and VR. The 3D Viewer App lets you view 3D models in a pair of glasses or on a screen, and the Windows Mixed Reality Viewer app works exclusively with the VR suite, providing you with a virtual gateway to VR apps. Two of the most popular VR suites - HTC Vive and Oculus Rift - work only with Windows. And we can't forget the device running Windows 10 is called the HoloLens, it's all about augmented reality.

Apple has made some progress in VR support. You can edit 360-degree video content in Final Cut Pro X with an external case for VR-capable graphics cards. Apple's ARKit augmented reality currently only works in iOS.

Professional gamers probably do not need to pay attention to this part. While there are many great titles on macOS, it never reaches the level of gaming PCs.

There are a lot of top Steam titles that are more compatible with Windows than Mac. Even PlayStation games are available on Windows through the PlayStation Now service.

Windows PCs experience more security problems than Macs including ransomware, spyware, botnets and a variety of viruses. However, Microsoft has been working to fix this problem, pushing up Windows Defender updates and introducing new anti-ransomware methods. Macs have a cleaner system but are not completely immune.

Both operating systems have VPN support, and the best VPN services are available on these two platforms.

Next is stability. The Mac actually wins this section because Apple checks the hardware ecosystem very well (stability issues on Windows PCs are mostly caused by external drivers).