iPhone 12 is not out yet but has sent the A14 Bionic chip to: Super powerful

Apple often launches new chip generations with the iPhone, but unfortunately there was no iPhone 12 to debut at the recent event. Instead, the A14 Bionic chip was announced alongside the new iPad Air, and it is almost certainly also available for the 12 series iPhone. 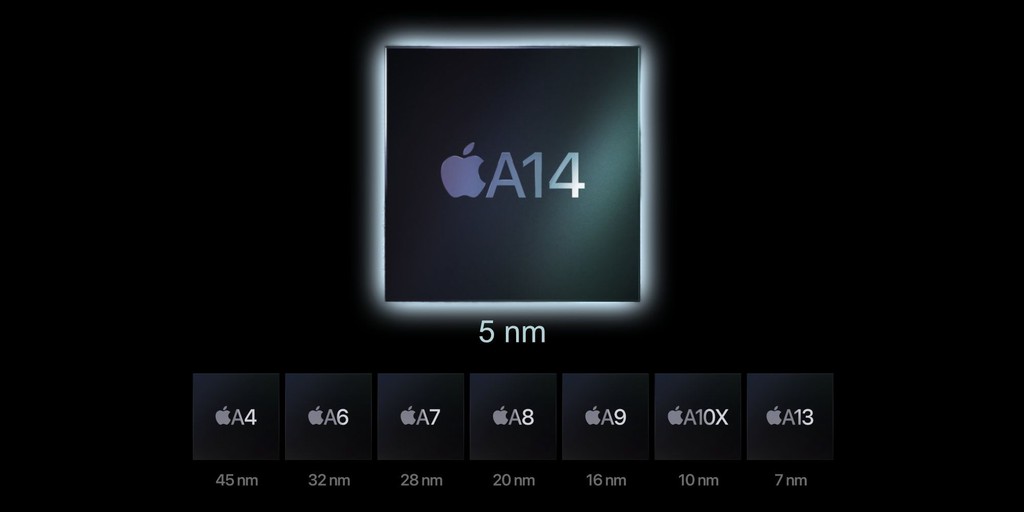 Apple spends quite a bit of time detailing some of the specs and features of the A14 Bionic, the industry's first mobile chip to be built on a 5nm manufacturing process. Android smartphones to this point, the most high-end flagships are only stopped at 7nm chips. Thanks to that new micro-manufacturing process, the A14 Bionic contains 11.8 billion transistors.
Apple says the A14 Bionic is a 6-core chip with 30% higher CPU efficiency, a new four-core graphics architecture that makes graphics 30% faster. However, that is compared to the A12 Bionic previously included in the iPad Air 3, not the A13 Bionic on the iPhone 11 generation. However, according to the bridging nature, the A14 Bionic can be 16% faster than the A13 Bionic, strong GPU increased by 8.3%. The A14 Bionic also features a 16-core Neural Engine that is twice as fast as the previous generation, and is capable of performing up to 11 trillion operations per second, which greatly enhances machine learning. Apple says machine learning tasks can be up to 10 times faster, providing a powerful on-device experience for image recognition, natural language learning, motion analysis, and more.
In addition, the company is confident in a new advanced image signal processor but has not given specific details and energy efficiency has not been announced. However, there is a reference to battery life with the new A14 chip that the iPad Air 4 promises 10 hours of use like its predecessor, but the battery capacity is lower than the previous generation. shows improved energy-saving usage.
Through the above details, we can see that the performance of the iPhone 12 will be very promising, continuing to make it difficult for Android smartphones to keep up.