How big does the Apple M1 processor mean for the future of the Macs, broadly the Apple ecosystem? 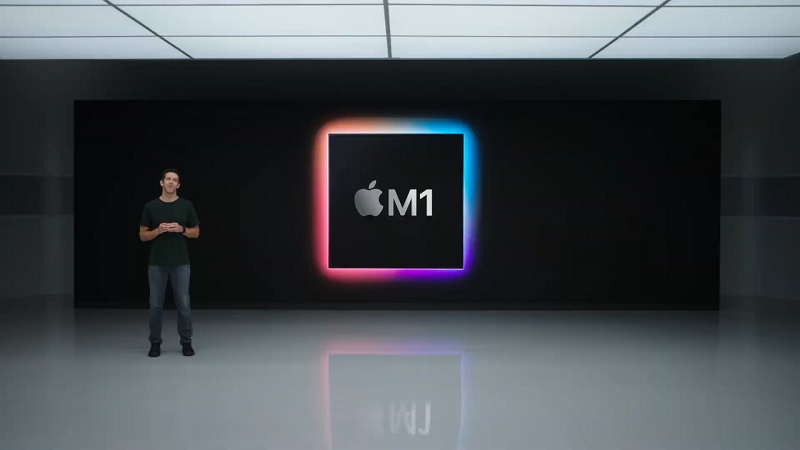 At the heart of Apple's third product launch in 2020. The Apple M1 marks the next 'One More Thing' from the Apple family, promising for a major change. 'This is an important day for Apple' quoted CEO Tim Cook.

So let's see what this M1 chip means to the Apple empire!

We know nothing about the Apple M1 chip 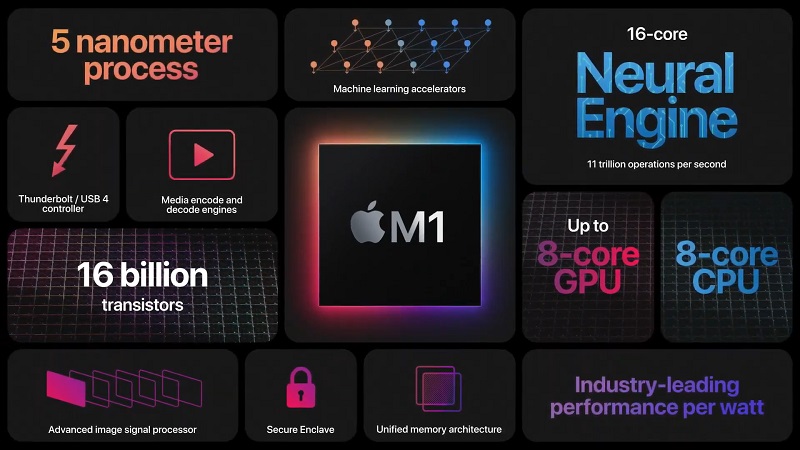 Specs of the power of the Apple M1 processor. Source: Apple

Finally, Apple Silicon has emerged, carrying a completely new name Apple M1. Technically, the Apple M1 is almost identical to the A14 series processors found on the latest iPhones and iPads . All are ARM architecture, 5 nm process, 8 GPU cores but M1 has up to 8 CPU cores (compared to 6 cores on the A14), 16 NPU cores and contains over 16 million transistors inside.

According to Apple, this is the most powerful processor in the world of current PC and laptop processors , but with much lower power consumption. With a consumption of 10W, Apple M1 for both CPU and GPU performance levels are double the latest laptop processors (not clear which company). Even a few applications running on the M1 are up to 6 times faster than the X86 platform chips.

Due to the ARM platform to the Universal App works on iPhone or iPad can operate easily on a MacBook using M1. Apple will send the developers tools to help them optimize the application on the new processing platform.

How will Mac products and the Apple ecosystem benefit? 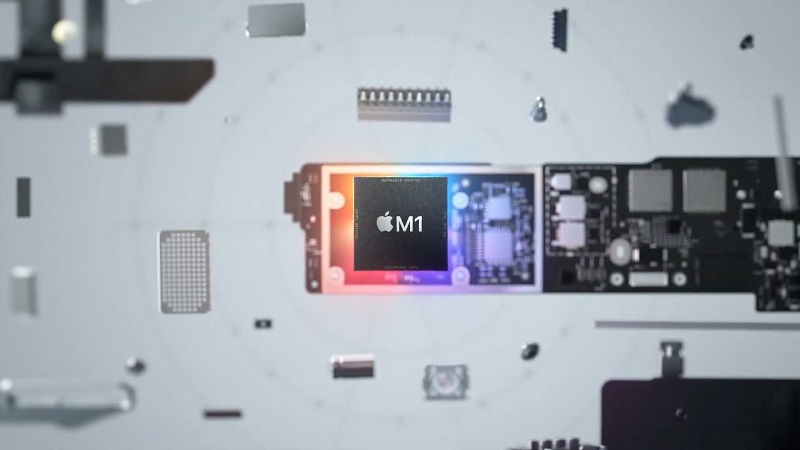 According to what Apple has shared, Apple Silicon is the company's large-scale research, which will be the future of the computer industry. ARM chips will help the designs of upcoming computers to be more optimized in terms of mobility and temperature, but will still ensure performance and duration of use.

Bringing the Apple M1, its own custom chip to the Mac lineup, will help Apple reduce its dependence on partners, specifically Intel with the Core I series currently available on Macs.

In addition, the optimal supply of components also helps Apple save production costs and increase profits. 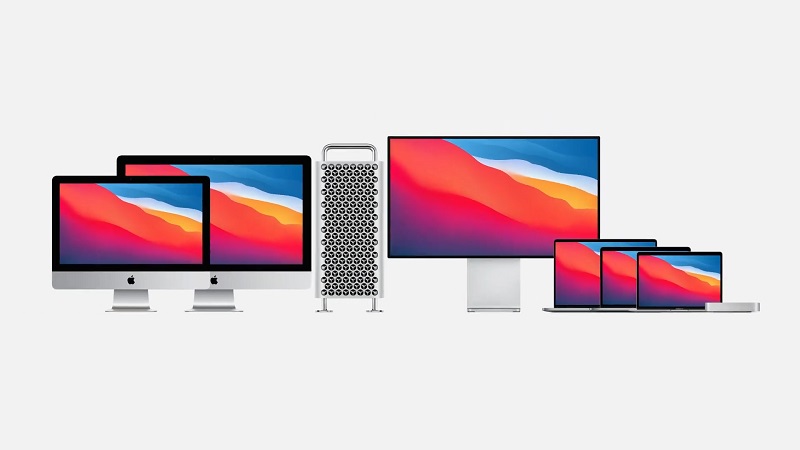 Hardware unification will help break the limits of the Apple ecosystem. Source: Apple

Looking further, the creation of its own dedicated processor, which is also a way for the company to increase the cohesion in Apple's already closed ecosystem, is even more tight. Now the apps on the upcoming iPhone and iPad will be available on Macs.

Users will now find it difficult to get out of the net that Apple is technically spreading. Apple, on the other hand, will make it easier to manage applications, and also save money on developer costs in the future.

Will there be cheap Macs running the Apple M1? 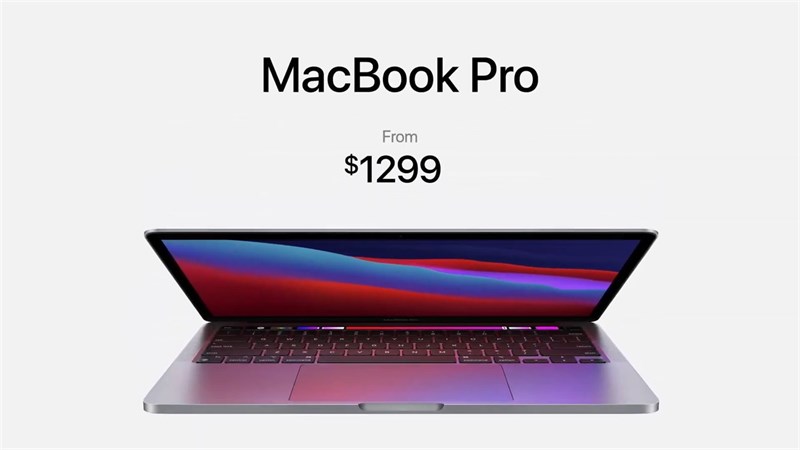 Unfortunately, the prices for Apple M1 products are the same. Source: Apple

Before the release of the Apple M1, it was reported that it would use ARM processors on cheaper MacBook devices, but this is only half true.

It is true that Apple has not dared to bring the M1 to high-end products priced at iMac or Mac Pro, perhaps due to many concerns about compatibility or limited power of an ARM processor that can not meet.

But the fact that the MacBook Air or MacBook Pro equipped with Apple M1 has the same price as their Intel version, enough to see that Apple is very confident with this chip line. They did not want it to be below any of its competitors.

Of course, if Apple uses the M1 to create cheaper Macs, it probably would be a good idea. Unfortunately, perhaps the direction of Apple will be to replace the Mac's hardware into 'homegrown', without the company lowering the value of its research results.

Apple is not at the forefront, but will continue to redefine 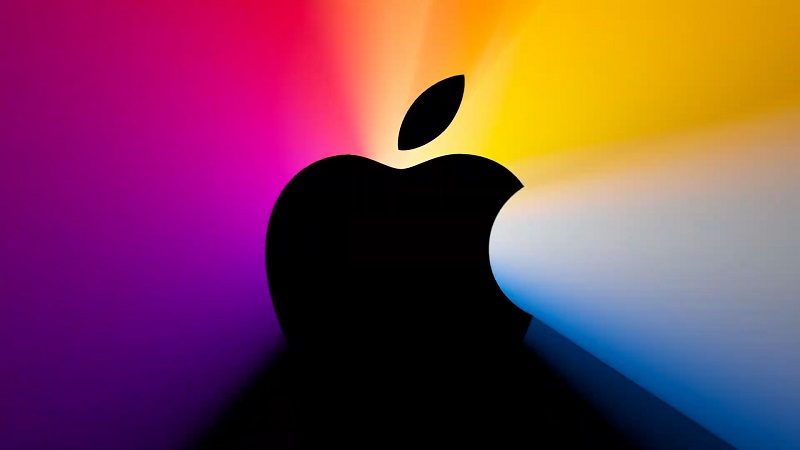 Apple will once again redefine the PC and Laptop market with the Apple M1. Source: Apple

In fact, not only Apple but the current computer manufacturers are realizing that ARM is the future of the next microprocessor and many manufacturers have boldly pursued it. Typically Microsoft Surface X with Microsoft SQ processor (in cooperation with Qualcomm).

But what Apple has that no manufacturer has is that they have a separate market and customer base, own software and now hardware. Apple has a chance to redefine the PC market in the near future.

What do you comment on this Apple M1 move from the Apple house, do you think Apple's ambition to dominate hardware and software will be successful? Please leave your comments below!