Microsoft's proprietary expansion SSD memory cards for the Xbox Series X and Xbox Series S can be very expensive even though there aren't many technological surprises. 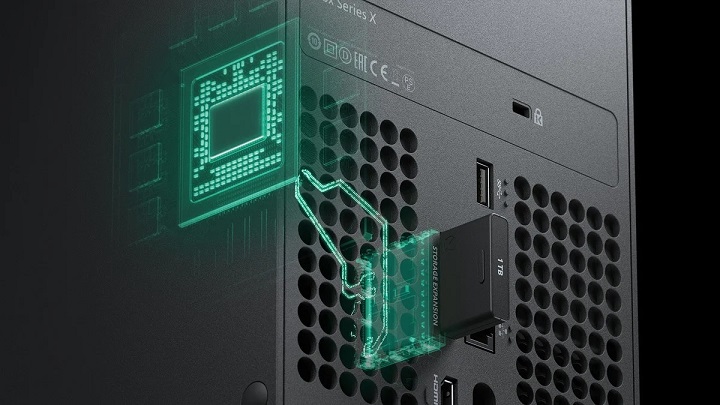 Microsoft has finally revealed the move for the next generation of consoles by releasing the Xbox Series S sub-version alongside the Xbox Series X model on November 10th. shows that Microsoft wants to stretch the customer base with two separate pricing versions, $ 499 and $ 299, respectively. The attractive retail price mentioned above will help this company gain a stable position when facing Sony with the PlayStation 5 card released later this year.

Xbox Series X and Xbox Series S are equipped with the latest generation of hardware, including SSD memory. Microsoft created its own custom NVMe solution, promising speeds of up to 2.4 GB / s for raw data (or 4.8 GB / s for compressed data), offering the up to 40 times more than the Xbox One family. SSDs play a key role in what the company calls the "Xbox Velocity Architecture" that connects directly to the CPU using the PCIe 4.0 protocol.

Both new generation Xbox models will share the same type of memory, the only difference is that the 1TB capacity on the Xbox Series X will be reduced to 512GB for the Xbox Series S. This makes SSDs a factor. The foundation determines overall performance, while also gradually phasing out the expansion USB hard drives already on the Xbox One model. Instead, Microsoft will sell a 1TB NVMe Memory Card expansion for Xbox that has the same technology as the included memory.

This move means it is not possible to expand next-generation storage through traditional SSDs, instead, users will have to look to the Seagate brand to expand memory. However, the NVMe PCIe 4.0 technology is not cheap, according to a leak on the Reddit forum, the price of this 1 TB Expansion Memory Card will be $ 219.99.

However, the price above is not too different from previous predictions. The reason for the price above lies in two points is the level of performance that the manufacturer is aiming for and this is a proprietary solution that helps Microsoft and Seagate choose the price for their products. But this can also be a warning, especially for the Xbox Series S with its 512GB memory because to upgrade the available memory, users will have to spend nearly as much money as buying a console. new game.

To play games on Xbox Series X and S, users will have to use Microsoft's SSD, but a noteworthy point is the backward compatibility with USB 3.0 memory available on Xbox One, Xbox 360. People users can "freeze" the games on the Series X and S series on this slow-speed hard drive, but to play you will have to manually copy the game's installer to the SSD memory in the machine.

This is probably the downside of Microsoft's proprietary high-speed memory for the Xbox Series X and Xbox Series S series. But it's part of the hidden cost that will be present on the next generation of consoles and the same. cost to continue to enhance future gaming experience.